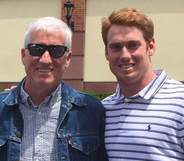 Jeff Roberts enters his third season as the President of the Piedmont Collegiate Baseball League. Roberts co-founded the four team league in the summer of 2016. Since the creation, the league has seen some of the top players from Virginia with a strong presence of players from the Richmond area. The league has had players from 40 different universities and colleges. Some of the more notable universities include, VCU, VMI, ODU, William and Mary, Princeton, UMBC, and Randolph-Macon College. In just 2 short years, Roberts has had an All-American, Freshman All-American, Conference Rookie of the Year, and a Conference Player of the Year compete in the Piedmont Collegiate Baseball League.

Roberts is also the founder of Invincible Velocity Pitching Lab. Invincible Velocity is one of the country's top velocity programs. He regularly consults with college coaching staffs on his programs to increase throwing velocity. Roberts has coached and mentored some of the top players in Virginia for over 20 years. Roberts’ own sons, Will and Jack, both pitched collegiately at The University of Virginia and were clocked as high as the mid-90’s in games.

He is the co-owner of D1Draftable Baseball and the Richmond Braves National Baseball Clubs established in 1998.

​Austin McGowan enters his third season with the Piedmont Collegiate Baseball League. McGowan transitions into his first year filling the role of Commissioner after he served as a Head Coach the past years, winning both League Championships.

In addition, Austin McGowan spent three years an assistant baseball coach at Randolph-Macon College. During his 3 years, they complied a .725 winning percentage, national ranking as high as #2 according to D3Baseball, and a ODAC Championship in 2016. McGowan assisted with recruiting, on-field instruction, strength and conditioning, and academic affairs.

​Prior to Randolph-Macon College, McGowan was the Director of Baseball Operations at the University of Richmond. He was responsible for day-to-day operations, travel and meals, and fall/summer camps.

McGowan has prior summer ball coaching experience as an assistant coach for the Strasburg Express in the Valley Baseball League. The Express made it to the semifinals of the playoffs in 2014.

McGowan was a four-year letter winner at Old Dominion University as an infielder. McGowan graduated in 2013 with a degree in sports management.

​Ben Rochester enters his third season with the Piedmont Collegiate Baseball League. Rochester transitions into the role of Assistant General Manager after having served as the Director of Media and Promotions and Assistant to the President the past two seasons.

Rochester recently graduated in May from the University of Tennessee where he majored in Communications and Sport Management. While at Tennessee, he worked as a Football Operations Assistant for the Tennessee Volunteers football team.

Prior to entering the University of Tennessee, he served as an intern for the University of Richmond Athletic Department in Sports Medicine. There, Rochester worked in the training room and on the field during the baseball season to ensure an efficient operation for the medical staff.
​
A native of Richmond, Rochester attended James River High School where he was a member of the Volleyball and Track and Field teams.
Summer Intern

​​This is Matt Burgess' first year interning in the Piedmont Collegiate Baseball League. He is originally form Prince George County, VA but has since moved to Richmond, VA.
Matt is a Junior at James Madison University. He has studied Sports Management and Business for all three years while attending JMU.

While working for Prince George Parks and Recreation, Matt was responsible for an entire baseball and softball facility. This entailed tournament operations, field preparation, and facility management.

Matt plans on working within sports with a strong interest in marketing and sales. He is looking forward to helping the league and gaining the experience needed to accomplish his goals!